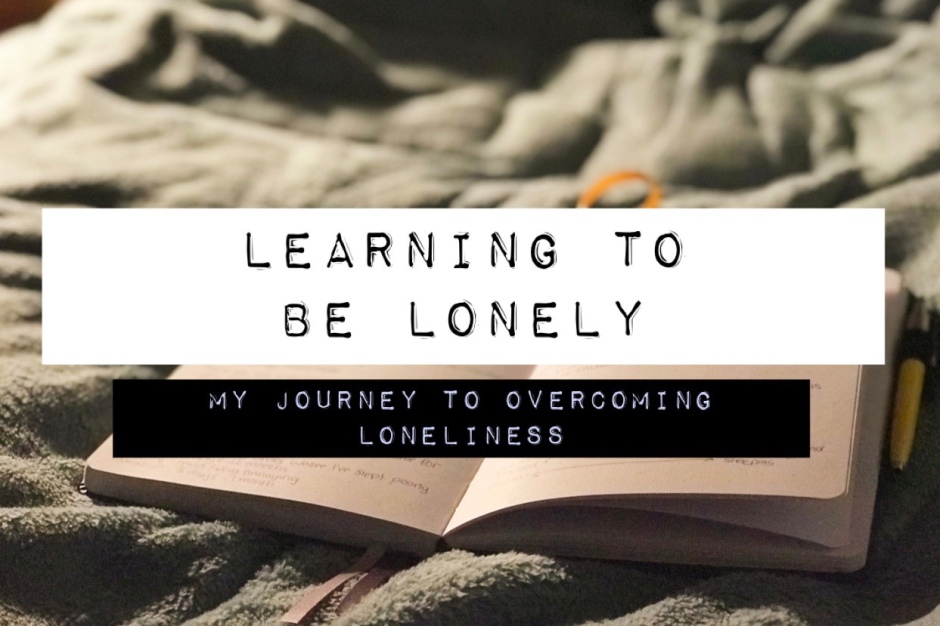 One of the best decision I made was going to a university that was away from home. In the near by towns to where I grew up there were a few university that weren’t too bad, it would have been a lot easier to enroll with them. But I didn’t, instead I made the decision to travel over the border and swap gloomy England for even gloomier Wales.

I expected the move to be hard, so many people had told me that the first few weeks would be the worst, that I’d be so home sick. But this wasn’t the case for me. Sure, on the first night after I’d said goodbye to my mum and brother I did have a little cry, but after that I took to university life extremely well. There wasn’t this painful transition that I’d be warned about by so many. I loved living alone, I loved having control over what I did that day and if I didn’t want to go out then I didn’t have to (unless I had classes).

I was studying for my dream job, I had amazing flatmates and new friends, I loved it. Loneliness wasn’t something that crossed my mind… until it did.

Christmas was a time of cramming in as many visits to people as humanly possible. I hadn’t seen my grandparents since I’d moved, hadn’t seen my boyfriend, only seen my dad once. I wasn’t alone during my time off.

I expected to come back to university relived to finally have some space, and in may ways I was, but I didn’t expect to be hit with loneliness for the first time.

At first I kept myself busy with my essays, I hadn’t had the time or the energy to get them sorted in my weeks away. It wasn’t very hard, there was only myself and one other flatmate back at Bangor when I arrived and they were busy with exam revision. There were no distractions.

It took two weeks for everyone to be back and for the kitchen to have it’s usual buzz. But during those weeks I found myself getting increasingly lonely.

This was the first time I’d ever felt alone here at Bangor, and it was tough to deal with. I wanted nothing more than a hug off my mum and dad. I wanted to rest my head on my boyfriend’s shoulder and feel such safety, but I couldn’t do that.

I was alone, but at the same time I wasn’t.

At any time I knew I could pick up the phone and either one of my parent would come  over and see me, but I didn’t do that. Part of me wanted to be the ‘adult’ and deal with this with maturity, not be a child and run back to my parents the second things got hard. In hindsight I don’t think I should have been that harsh on myself.

But either way, loneliness settled in.

I don’t know about you, but when I feel lonely feeling sad is something that attaches itself to me. I can’t have one without the other. When I get sad, I lose my motivation, when I lose my motivation I become a whole lot less productive. But when I’m not feeling like I’ve been productive, I get sad and down. It’s this annoying cycle.

Eventually I got fed up of my moping around and I decided I wanted to be comfortable in my own company.

One of the worst things I was doing during this time was staying in my room. I’d eat in my room, work in my room, read in my room, the only time I was leaving was to wash dishes or go get more food. I identified this to be the main issue for me, I needed to get out.

Rather begrudgingly I packed up my laptop and my notes and made my way over to the university’s library, dragging my feet the whole way there (you’d think someone was forcing me to go). Even just being outside I could feel my mood lift a little.

Working in the library was a good idea, I was more productive and focused on what I was going. Getting out and having the sea winds batter my face was surprisingly nice (although I brought a hat with me the next time, can’t be doing with cold ears). When I got back to my flat after a few hours I was feeling a lot better. So, the next day I did it again.

For the rest of the week I took my laptop to the library and worked. Some days were more productive than others, some I just played on my phone with my laptop open and some token notes by me. But no matter how much work I did, I always came away feeling better.

I was seeing people when I was out, and even though I wasn’t always interacting with them, I still felt a little less alone. I was feeling like I’d achieved something with the day, I didn’t feel guilty for staying inside. Most importantly, I started to enjoy my own company a whole lot more.

By the end of the two weeks I was a little sad when my flatmates all came back, my peace and quite was gone. I could no longer drift in and out the kitchen listing to bad music and dancing equally as bad.

The two weeks had taught me that being alone was ok. Being in my own company and head for a bit was also ok. I now knew there was a very clear difference between being lonely and being alone. Being either of those two things wasn’t strictly a bad thing.

Once I’d started going to the library each day I found myself reflecting on my time more. It was honestly nice to have a period of reflection as a new year had just started. Being alone forced gave me time without distractions to figure out my yearly goals, to look at making a five year plan.

It gave me the opportunity to be still.

I can’t say I now love being lonely, I don’t think it’s an emotion that will ever warrant a overwhelmingly positive response from me. But I can say that I’ve learned to enjoy my own company a whole lot more that before.

4 thoughts on “Learning to be alone”